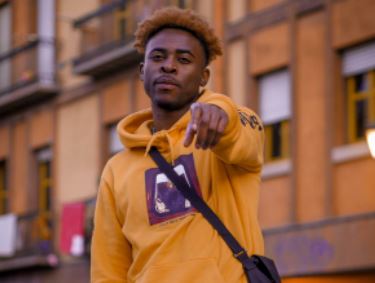 Yonkou is an emerging urban artist, lives in Madrid, Spain from Equatorial Guinea. He started rapping with his colleagues and was doing it to entertain himself until one day they gave account that there was potential and began to work and gave it a shot.

He started out in soundcloud and from there it expanded to other platforms in recent years, uploading his clips on YouTube since

He started with releasing singles, his first mixtape and recently his preparing the official launch on all platforms of his new mixtape from his premade video clips Quentin Tarantino and Modo Yonkou in which you can see the quality that the artist promises.

He has participated to date in individual and shows of kidd keo or yung sarria among others as sacrifice. Soon he will participate in the INFIERNO nightclub in Madrid and in more events in Spain with london yet to
be confirmed.

Last year he created with the local artists of Fuenlabrada, Madrid a record label Madrid Sur in which has 12 artists, 3 producers and 2 sound technicians. This year 2020 he had two projects with more prominent promising artists, a solo project, Lord Yonkou.