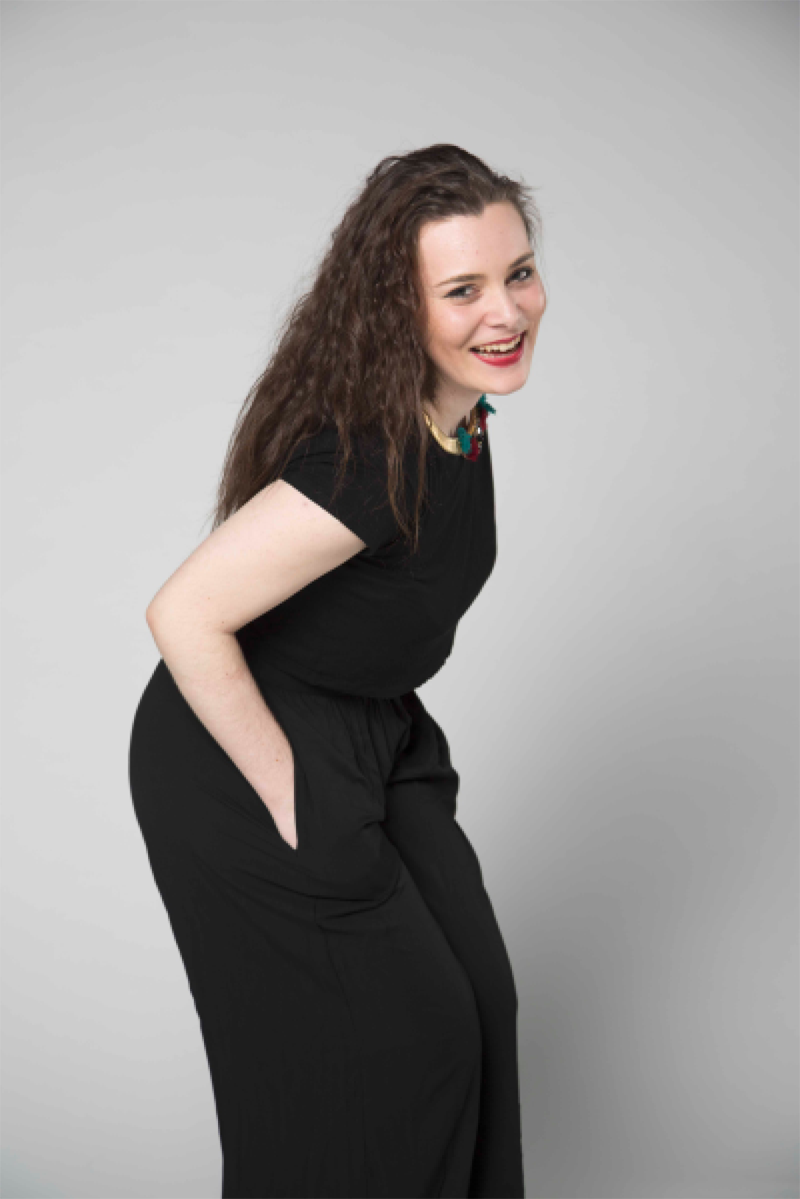 Montse Cuadrado is a Spanish theatre actress, born in Santander in 1994. She graduated in Performing Arts from TAI University Arts Centre (Universidad Rey Juan Carlos).
Her career as an actress began at the age of 15, when she attended a dramatic arts course at Palacio de Festivales de Santander, and after that she continued her acting training with the theatre company Escena Miriñaque. In order to broaden her formation, she also took modern singing lessons at Musiquea, with the Reggae singer Inés Pardo as her teacher.
In 2013, she moved to Madrid to continue her drama studies there with Jana Producciones (focusing on Meisner Technique); and to start her degree in Performing Arts at TAI, from where she graduated four years later. Upon graduation, she takes her ﬁrst steps as a professional actress, performing in shows in different theatres in Madrid.
So far, she has taken part in several acting courses, exploring different branches like performance improvisation, classical theatre in verse or acting for ﬁlm and tv with known actors Francesco Carril and Jorge Muriel, among others. She has also kept on taking singing lessons and training her voice, studying Voicecraft and MEV techniques with teachers such as Alejandro de los Santos and Julia Möller.
In 2017, she makes the decision to open new doors and grow as an artist by taking dance lessons, learning different urban styles. Since then, she attends regular classes as well as workshops as master classes both in Madrid and Paris. This has given her the chance to participate as a dancer in numerous videoclips.
Among her most relevant works we can ﬁnd La Ronda by Arthur Schnitzler (Teatro Pavón Kamikaze) directed by Víctor Velasco; La Balsa de la Medusa (Teatro Infanta Isabel) with Blanca del Barrio as director; GH Cabaret and No Future (TAI Auditorium) both directed by Jorge Muriel; and Pulp Prison (Sala El Montacargas) directed by Miguel Carreras.
She is a member and founder of the cultural association Jaleo Producciones, with which she is currently involved in original artistic projects (starring in plays such as La Mediación, A Dos Metro Sobre el Suelo or Translúcido), and working alongside with the company Ese O Ese.
Since 2018, she combines her career as an actress with teaching. She gives drama and dance classes in several primary schools in Madrid and at Dance For Fun studio