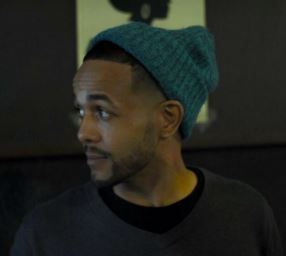 Kameron Sterling aka ProfeSoul/DTH 856 is an American urban artist based in Madrid Spain. He is a singer, rapper, songwriter and record producer. In 2015 he began rapping with Panashé an Afro-Fusion group based out of Camerún. He later joined the Hip-Hop collective LaCancha with notable artists Yslem del Desierto, Bejo and HyperLatino.

Towards the end of 2015 he teamed up with an Afro-Fusion band Panashé and regularly performed around Madrid as a featured rapper and background vocalist. He then teamed up with Yslem del Desierto and Dj Sunshine to create the activism inspired hit Universal Justice and
recorded the video in The Saharaui Refugee Camps in Tindouf, Algeria.

Around this time he was also featured in an Urban Roosters freestyle segment that went locally viral in Spain. Once 2016 hit he attracted the attention of Mad91, a Madrid based record label headed by Morodo. He collaborated with Kasta on his album Incondicional and toured with him
around late 2016 and early 2017.

At the start of 2017 he began his first body of work “The Killah Tape” produced by J-Swift of the Pharcyde and Dj Cec of Pleito Searchers. The 5 song project received positive criticism. 2018 saw him start his own band and jam session at Sala Juglar in the Lavapies district of Madrid.

The AfroJam session is heralded around Madrid as one of the city’s best. Once 2019’cane about he began to open a recording studio in Lavapies with fellow artists in the city. He collaborated with Big Spartan, Yung Parse, Yeyo Pérez and Junior Lattes and 2020 is looking more exciting!